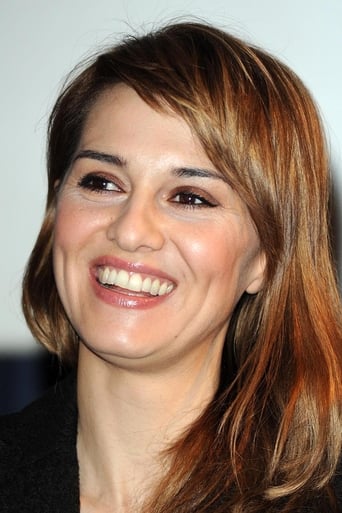 Paola Cortellesi is an eclectic Italian actress, singer, voice actress, and presenter. She began her career in television with the show Macao, presented by Alba Parietti, but eventually reached nationwide popularity as a comic actress in the TV show Mai dire Gol by the Gialappa's Band (2000), which, in particular, showcased her skills at parodying famous people, a genre where she collected some of her most appreciated performances (the latest one being her parody of Milan's mayor Letizia Moratti in the 2010-2011 edition of the popular TV show Zelig). Other major performances of Cortellesi on television include the 2004 edition of the San Remo Music Festival and the leading role in the TV movie Maria Montessori: Una vita per i bambini, a biography of Maria Montessori, for which Cortellesi received the "Maximo Award" at the Roma Fiction Fest. Her career in cinema includes several appreciated performances in comedies and comic movies, including a leading role in Tu la conosci Claudia?, a very popular production starring the comic trio Aldo, Giovanni e Giacomo. In 2008, she was nominated for the David di Donatello award for Best Supporting Actress for her role in the movie Piano, solo by Riccardo Milani. In 2011 she won the David di Donatello for Best Actress for her leading role in Escort in Love. *Source:* **Wikipedia**