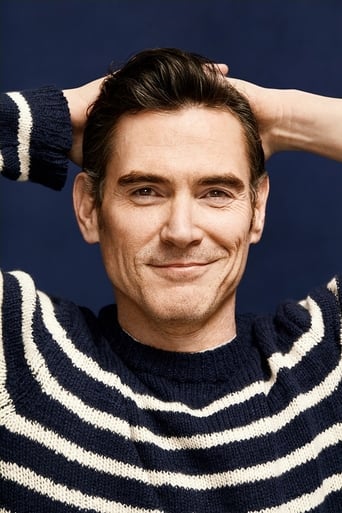 William Gaither Crudup (born July 8, 1968) is an American actor. He is known for supporting roles in films including Almost Famous, Big Fish, Mission: Impossible III, Watchmen, Public Enemies, Spotlight, and Alien: Covenant, as well as lead roles in films including Without Limits, Dedication, and the animated film Princess Mononoke. He appeared in the 2017 superhero film Justice League as Doctor Henry Allen. He has also had an extensive stage acting career, appearing mostly on Broadway. He has been nominated four times for a Tony Award for his acting, and won once, for his role in Tom Stoppard's The Coast of Utopia in 2007. From 1998 to 2005, Crudup was the narrator for "Priceless", a U.S. television ad campaign for MasterCard.