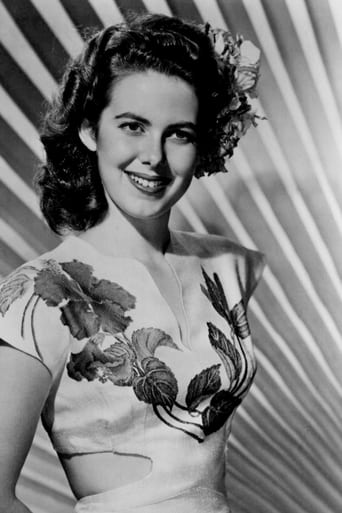 Known as the bright radio "Quiz Kid," Vanessa Brown became a popular leading lady in films and stage productions of the 1940s and 1950s and later a respected writer. During her heyday as an actress, Brown appeared in such varied productions as "The Seven Year Itch" opposite Tom Ewell on Broadway (a role later assumed by Marilyn Monroe in the film version) and the motion picture "Tarzan and the Slave Girl." Brown toured with Katharine Hepburn in a Theatre Guild production of Shakespeare's "As You Like It" and became something of a protege of the legendary actress. Among Brown's major films of the late 1940s and the early 1950s were "I've Always Loved You," "The Late George Apley," "The Ghost and Mrs. Muir," "The Foxes of Harrow," "The Heiress," "The Fighter" and "The Bad and the Beautiful."