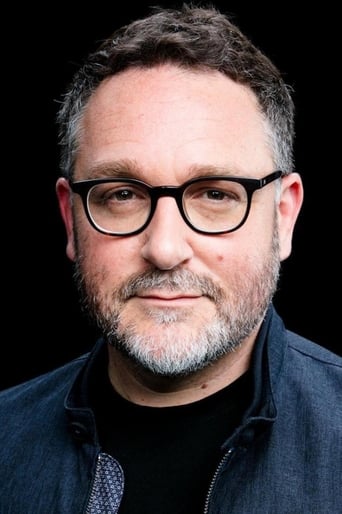 Colin T. Trevorrow (US: /trəˈvɑːroʊ/; born September 13, 1976) is an American film director and screenwriter. He directed the indie film Safety Not Guaranteed (2012) and the blockbuster film Jurassic World (2015), and also co-wrote the script to Jurassic World and its 2018 sequel. Trevorrow was born on September 13, 1976 in San Francisco, California. He was raised in Oakland, California. His father was a musician in a country rock band and his mother was a photographer who also operated a day-care center. He is Jewish on his mother's side. As a boy, he sang in the chorus of the San Francisco Opera. As a teenager, Trevorrow won awards from the Mill Valley Film Festival and the San Francisco Youth Film Festival. Trevorrow graduated from Piedmont High School in Piedmont, California, and later graduated from New York University's Tisch School of the Arts in 1999. In 2002, he wrote and directed his first short film, Home Base; as of 2012, it had received over 20 million hits online. Trevorrow's first theatrical release was with Reality Show, a 2004 documentary film about the failed production of a reality television show. Trevorrow sold his first spec script titled Tester to DreamWorks in 2006. In 2008, he paired up with Derek Connolly, ten years after they had first met as NYU students while working as interns on Saturday Night Live, to write a buddy cop film script called Cocked and Loaded. Trevorrow said that the experience was so enjoyable that he decided to give up solo screenwriting and work with Connolly. In 2012, Trevorrow directed Safety Not Guaranteed, a film inspired by a classified advertisement which ran in a 1997 issue of Backwoods Home Magazine that read: "Somebody to go back in time with me. This is not a joke. P.O. Box 322, Oakview, CA 93022. You'll get paid after we get back. Must bring your own weapons. Safety not guaranteed. I have only done this once before." The script was by Connolly, who intended for Trevorrow to direct it. The film received various accolades, including a nomination for Trevorrow for the Independent Spirit Award for Best First Feature. The film was nominated for the Grand Jury Prize at Sundance, where it picked up the Waldo Salt Screenwriting Award. After the release of Safety Not Guaranteed, Trevorrow and Connolly were hired by the Walt Disney Company to write an as-yet unmade remake of the film Flight of the Navigator (1986). Trevorrow co-wrote and directed Jurassic World (2015), and also provided his voice for the film's character of Mr. DNA. Connolly and Trevorrow also co-wrote the screenplay for its sequel, Jurassic World: Fallen Kingdom, which was released in June 2018 and for which Trevorrow is an executive producer. After Jurassic World, Trevorrow next directed The Book of Henry, which was written by Gregg Hurwitz. The film was released by Focus Features on June 16, 2017 to generally negative reviews, although Trevorrow stood by the film. On March 30, 2018 it was announced that Trevorrow would be returning to the Jurassic Park franchise to direct Jurassic World 3 (2021). Description above from the Wikipedia article Colin Trevorow, licensed under CC-BY-SA, ful list of contributors on Wikipedia.