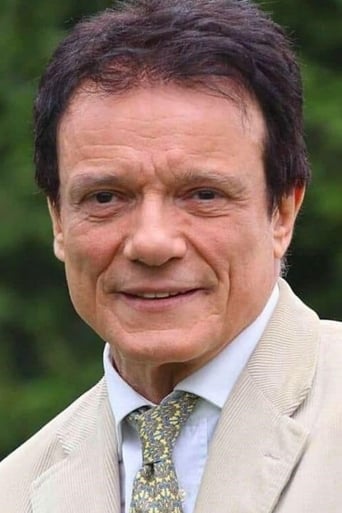 Massimo Ranieri (born Giovanni Calone, May 3, 1951), is an Italian pop singer, film and stage actor. He was born in Naples (at Santa Lucia), the fourth of eight children in the family. When he was 10, young Giovanni would sing at restaurants, wedding receptions, etc. He was discovered by a music producer about 4 years later and was flown to New York to record an EP under the name of Gianni Rock. He recorded 4 songs in 1964: Tanti auguri signora, Se mi aspetti stasera, Non chiudere la porta, and La Prima Volta. None of the records were successful, because young Gianni's voice was changing. Two years later, he would later re-emerge under his new stage name, Massimo Ranieri. In 1966, he made his TV debut singing "Bene Mio". A year later, he made another TV appearance singing, "Pietà per chi ti ama". In 1968, he recorded 2 more songs: "Da Bambino", Ma L'amore cos'è" and "Preghiera". But it wasn't until 1969, when he really became successful and became a teen idol making all the young girls scream for him, when he sang "O Sole Mio" on live TV. Soon, in most every TV appearance he made, you could hear the girls screaming in the background. That same year, he had a string of hits: "Rita", "Se bruciasse la citta", "Quando l'amore diventa poesia", "Il mio amore resta sempre" and "Zingara". In 1970, "Vent'anni", "Sogno d'amore", "Sei l'amore mio", "Aranjuez Amore Mio", "Candida". During that year, Massimo decided to venture into acting. His screen debut, Metello received rave reviews by critics, and he even won an award for portraying the title character. He co-starred with Anna Magnani in La Sciantosa, later that year. In 1971, "Adagio Veneziano", "Via del Conservatorio", "Io e Te". He represented Italy in the 1971 Eurovision Song Contest in Dublin, Ireland, where he placed 5th with the song, "L'Amore E' Un Attimo. " That same year he had fathered a daughter, Cristiana, out of wedlock with Franca Sebastiani. He didn't want to have anything to do with her, saying that he was too young and inexperienced, and that it was damage to his career. He didn't have any contact with her until she was about 20. In 1972, "Ti Ruberei", "O Surdato 'nnamurato", "Erba di Casa Mia". In 1973, "Amo Ancora Lei". He returned to the Eurovision Song Contest that year in Luxembourg to represent Italy with "Chi sarà con te", where he placed 13th. And in 1974, "Te Voglio Bene Assaie", "Immagina", "Per Una Donna". During that year, he filmed Salvo D'Acquisto, where he portrayed a Carabinieri policeman who was executed by the Nazis during World War II.   Description above from the Wikipedia article Massimo Ranieri, licensed under CC-BY-SA, full list of contributors on Wikipedia.