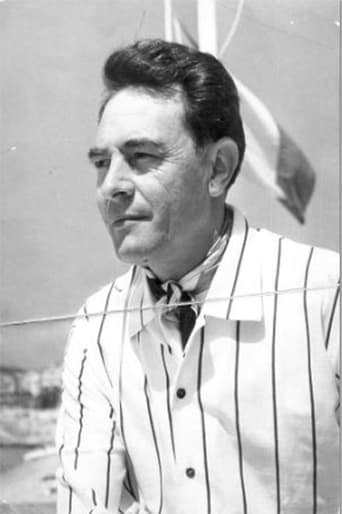 Ismael Rodríguez Ruelas (October 19, 1917 – August 7, 2004) was an acclaimed Mexican film director. Rodríguez directed many major stars, including Pedro Infante, Dolores del Río, María Félix, and even Toshiro Mifune, the favorite actor of Japanese director Akira Kurosawa, as a Mexican Indian in the film Ánimas Trujano (1961). This film was nominated for an Oscar for Best Foreign Language Film. Rodríguez's most renowned international film is Tizoc, in which Pedro Infante-who starred alongside Maria Felix -received a Golden Globe nomination for best actor. For this role, Infante won the Silver Bear for Best Actor at the 7th Berlin International Film Festival. Pedro Infante died in a plane crash. on April 15, 1957, before receiving the award. When Ismael Rodriguez asked Pedro's mother to keep the Silver Bear, she refused to accept it. Instead she told Rodriguez that because He had "made" Pedro Infante, deserved to keep the statue. He humbly did. Rodriguez, not only worked with the best of Mexican and international actors, he made some of the most memorable movies of the time. A brilliant writer/director.