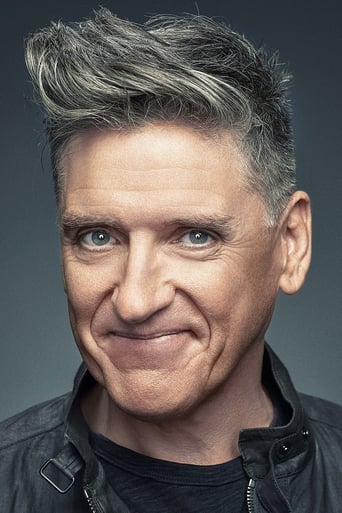 Craig Ferguson (born 17 May 1962) is a Scottish-born, naturalized American television host, stand-up comedian, writer, actor, director, and producer. He is the host of The Late Late Show with Craig Ferguson, an Emmy Award-nominated, Peabody Award-winning late-night talk show that airs on CBS. In addition to hosting that program and performing stand-up comedy, Ferguson has written two books: Between the Bridge and the River, a novel, and American on Purpose, an autobiography. He became a citizen of the United States in 2008. Before his career as a late-night television host, Ferguson was best known in the United States for his role as the office boss, Nigel Wick, on The Drew Carey Show from 1996 to 2003. After that, he wrote and starred in three films, directing one of them. Description above from the Wikipedia article Craig Ferguson, licensed under CC-BY-SA, full list of contributors on Wikipedia.