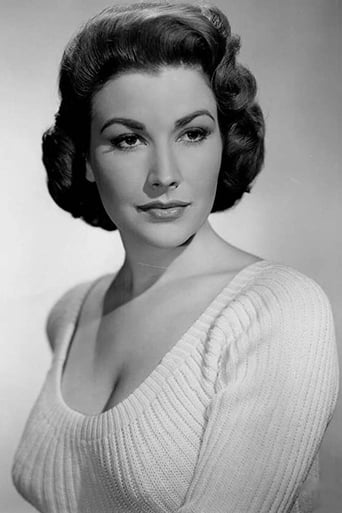 From Wikipedia, the free encyclopedia Mara Corday (born Marilyn Joan Watts on January 3, 1930 in Santa Monica, California) is a showgirl, model, actress, Playboy Playmate and a 1950s cult figure. Wanting a career in films, Mara Corday came to Hollywood while still in her teens and found work as a showgirl at the Earl Carroll Theatre on Sunset Boulevard. Her physical beauty brought jobs as a photographer's model that led to a bit part as a showgirl in the 1951 film Two Tickets to Broadway. She signed on as a Universal International Pictures (UI) contract player where she met actor Clint Eastwood with whom she would remain lifelong friends. With UI, Corday was given small roles in various B-movies and television series. In 1954 on the set of Playgirl she met actor Richard Long. Following the death of Long's wife, the two began dating and married in 1957. Her roles were small until 1955 when she was cast opposite John Agar in Tarantula, a Sci-Fi B-movie that proved a modest success. She had another successful co-starring role in that genre (The Black Scorpion) as well as in a number of Western films. Respected film critic Leonard Maltin said that Mara Corday had "more acting ability than she was permitted to exhibit." Mara Corday appeared as a pinup girl in numerous men's magazines during the 1950s and was the Playmate of the October 1958 issue of Playboy, together with famous model and showgirl Pat Sheehan. In 1956, she had a recurring role in the ABC television series Combat Sergeant. From 1959 to early 1961, Corday worked exclusively doing guest spots on various television series. She then gave up her career to devote her time to raising a family. During her seventeen-year marriage to Richard Long she had three children. A few years after her husband's passing in 1974, Corday's friend Clint Eastwood offered her a chance to return to filmmaking with a role in his 1977 film The Gauntlet. She acted with him again in Sudden Impact (1983), Pink Cadillac (1989), and in her last film, 1990s The Rookie. Description above from the Wikipedia article Mara Corday,licensed under CC-BY-SA, full list of contributors on Wikipedia.