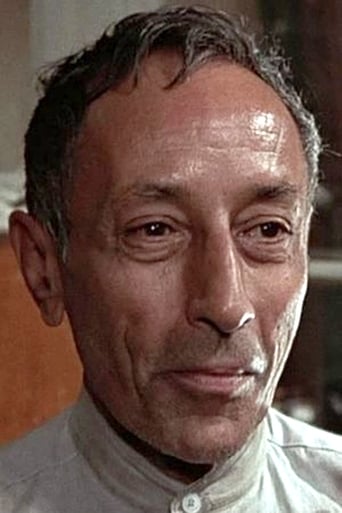 Distinctive character actor, born in Calcutta and educated at Magdalen College, Cambridge. His acting career was interrupted by wartime service (for six years) in the British Army. He then joined the Old Vic Company and subsequently appeared on screen. With his hooked nose and furtive eyes, he made the perfect sinister villain, playing an assortment of Arabic or Central Asian diamond smugglers, drug dealers or black market racketeers. Occasionally, he was on the right side of the law, notably as commissioner Govindaswami in La croisée des destins (1956), or as a cardinal in Les souliers de Saint-Pierre (1968). Early on in his career, Maitland worked for Hammer Studios where he had memorable roles as Patel Shari, a member of the murderous Kali sect in Les étrangleurs de Bombay (1959), and as an evil Malay servant, dedicated to worshipping La femme reptile (1966). Marne was also very active on British television (Le Saint  (1962), Département S(1969), and others) in very much the same capacity. He stood out as the mysterious dissident Pandit Baba in the excellent award-winning miniseries The Jewel in the Crown(1984). From the early 1970's until his death, he lived in Rome. - IMDb Mini Biography By: I.S.Mowis