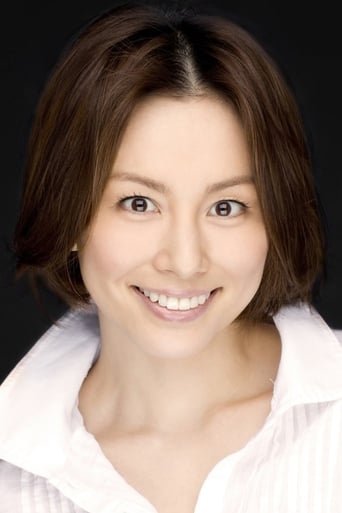 Ryoko Yonekura (米倉 涼子 Yonekura Ryōko, born August 1, 1975 in Kanagawa Prefecture) is a Japanese actress and former fashion model best known for her role in the Japanese medical drama Doctor-X. Yonekura studied classical ballet for 15 years from the age of five. Represented by the Oscar Promotion agency, she won a national young beauty award in 1992. In 1993, she started her career as a model, working for fashion magazines such as CanCam. She announced her intention to start her acting career in June 1999. Her acting debut was in the TBS television drama Koi no Kamisama (God of Love), and has appeared in many dramas ever since. Yonekura played the role of Roxie Hart in the Japanese-language production of Chicago in Tokyo 2008 and in 2010. She then learned the role in English and made her Broadway debut in 2012, reprising her role in July 2017. From Wikipedia, the free encyclopedia