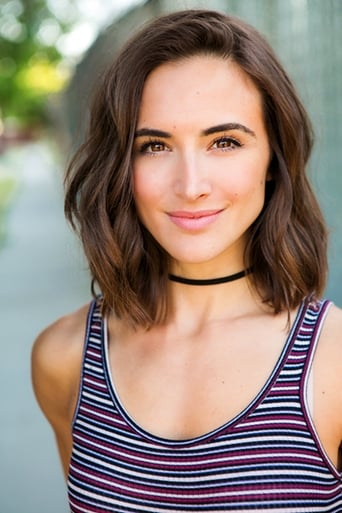 Born in Richmond Hill, Ontario Canada, Michelle is a multi faceted French & Macedonian actress who found comfort in performing an early age. Acting is one of Michelle's many attributes. She is a competitive dancer, a national gymnast, a singer, a fitness instructor, an athlete, an accomplished student & a successful business owner. Michelle participated in many athletic sports from competitive dance to gymnastics. She quickly developed a natural talent in cheerleading which lead her to the top of many all star teams including representing Team Canada at the world championships. Her athleticism, passion & quirkiness, would land Michelle several TV appearances. Her most recent on Shadowhunters, Loosely Exactly Nicole & The Bold & The Beautiful to name a few. Another stand out role for Michelle was her performance in the Lionsgate horror-thriller "Devil Seed", her breakout role that proved her on camera diversity. Michelle has been pro-active in attaining two Honour's Degrees in French Studies and in the Communication Program at York University. Shortly after she graduated, Michelle started her own promotional staffing-agency called LandmarX Staffing providing staff for clients nation-wide. "You are your biggest obstacle. Those who make it... don't quit! Anything is attainable if you work hard & never give up!" Michelle Argyris