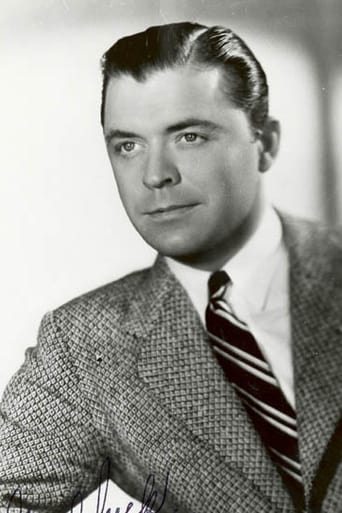 From Wikipedia, the free encyclopedia Lyle Talbot (born Lisle Henderson, February 8, 1902 – March 2, 1996) was an American actor on stage and screen, known for his career in film from 1931 to 1960 and for his appearances on television in the 1950s and 1960s. He played Ozzie Nelson's friend and neighbor, Joe Randolph, for ten years in the ABC situation comedy The Adventures of Ozzie and Harriet. He began his movie career under contract with Warner Brothers in the early days of sound film. He appeared in more than 150 films, first as a young matinee idol and later as a character actor and star of many B movies. He was a founding member of the Screen Actors Guild and later served on its board. Talbot's long career as an actor is recounted in a book by his youngest daughter, The New Yorker writer Margaret Talbot, entitled The Entertainer: Movies, Magic and My Father's Twentieth Century (Riverhead Books 2012). Most notable among Talbot's film work were his appearances in Three on a Match and 20,000 Years in Sing Sing (both 1932). He played a star running back in College Coach (1933) with Pat O'Brien and Dick Powell, romanced opera singer Grace Moore in One Night of Love in 1934, and pursued Mae West in Go West, Young Man (1936). He was a gangster in Ladies They Talk About and Heat Lightning and a doctor kicking a drinking habit in Mandalay. He co-starred with Pat O'Brien in Oil for the Lamps of China (1935). He appeared opposite Ann Dvorak, Carole Lombard, Barbara Stanwyck, Mary Astor, Ginger Rogers, Loretta Young and Shirley Temple, as well as sharing the screen with Humphrey Bogart, Spencer Tracy and Tyrone Power. Overall, Talbot appeared in some 150 movies.