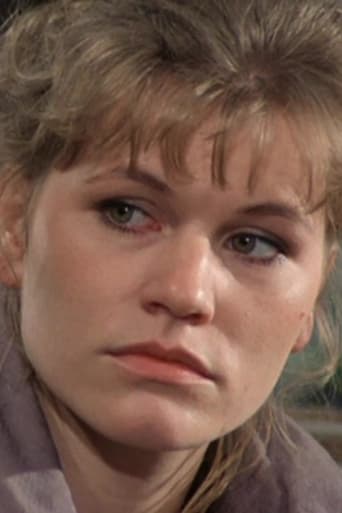 Anne Kasprik was born and raised in East Berlin. Her father, a film director, and her mother, a photographer, both provided that she got in touch with film and theater as early as childhood. She started acting in a high school play group. Keen on following her father's footsteps, Anne Kasprik began to learn and work as a practitioner at the GDR Television with the intention of becoming a director. Her education included training at the Ernst Busch Actors Academy. There her teachers soon noticed her outstanding dramatic talent and suggested that she focus on it. Anne Kasprik went by this advice. The first result of her decision is the film 'Einzug ins Paradies' of 1982/83, where she plays the main role. Many more were to follow in films produced by the East German movie production Defa, and GDR Television, e.g. in the very popular 'Staatsanwalt' and 'Polizeiruf 110' series, where she worked with well-known directors like Manfred Mosblech and - for the first time - under her father's direction. She also played at various theaters, e.g. the Hans-Otto-Theater in Potsdam and Berlin's Maxim-Gorki-Theater, where she appeared under Thomas Langhoff's direction in 'A Midsummer Night's Dream'. After 1989 Anne Kasprik continued her career with the female lead in the film 'Eines Tages Irgendwann', directed by Vadim Glowna. She has since been a successful actress in unified Germany, appearing in films like the much-praised 'Barmherzige Schwestern', the ZDF-four-part-feature 'Das Eureka-Projekt', the 'Einsatz für Lohbeck' series, various 'Tatort' and other TV-crimers, and as a permanent member of an inner city police crew in RTL's successful 'Berlin Abschnitt 40', awarded as Best European Fictional Series in Monaco 2004, 2005 and 2006. Anne Kasprik's first international engagement was the role of a Berlin animal doctor siding Bud Spencer and Terence Hill in their film 'Troublemakers', shot 1994 in New Mexico. She was Uwe Ochsenknecht's partner in the German-American co-production 'Die Gang'. Both films were produced in English. Anne remains a popular face in German television, appearing in series like 'SOKO Leipzig', 'Medicopter', 'Alphateam' and many more.