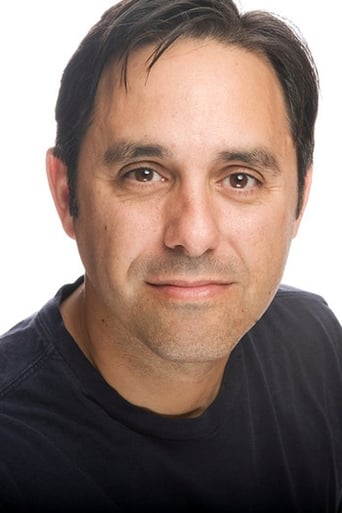 Thomas William Mariano was born on February 24, 1969 and was adopted into an Italian-Catholic family when he was 2 days old. He grew up with his sister Susan and parents Lino & Lois Mariano in Canton, Massachusetts. Tom first started acting at the young age of 8. His first role was in 3rd grade when he was cast as the lead guard in the Wizard of Oz at the John F. Kennedy Elementary School. Years later, Tom's parents divorced and at the age of 14, found himself on his way to Davis, California with his mother and sister. In California Tom found a positive outlet performing in school plays at Davis High School and at his local church. At the age of 15 he created his own cable show called "Tom's Bike Repair" which ran for 3 years. Tom played a key role in the show's success. He not only wrote the script, he directed, acted and solicited sponsors to help fund the cost of the show. But soon after Tom found himself wanting to move back to Massachusetts to be with his Father. Tom made the trip back in 1986 where he attended Canton High School and graduated in 1988. In Tom's spare time, he enjoys spending time with his family & friends, especially his wife Amy, his 11-year old daughter, Gianna and their 1-year old daughter, Gabriella. He loves watching movies, exercising and riding in his batmobile. Tom is also very passionate about raising awareness about dyslexia. As a child, Tom struggled with this learning disability and understands how difficult it can be. He hopes to be an inspiration to both children and their families struggling with dyslexia and let them know that you can overcome this and achieve your goals and dreams.