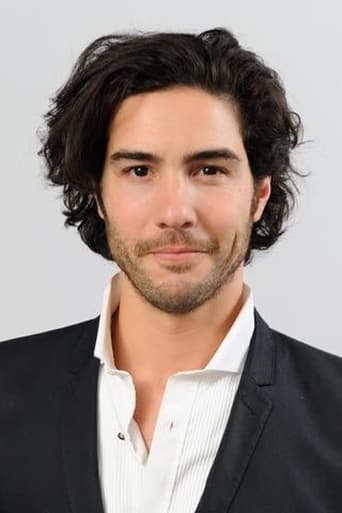 Tahar Rahim (born 5 July 1981) is a French actor of Algerian origin. Born in Belfort, France, his family is originally from the region of Oran, Algeria. He is most notably known for his starring role as Malik El Djebena in the 2009 award-winning French movie A Prophet by Jacques Audiard. Rahim has demonstrated multilingual skills and an ear for accents, having played in Corsican and Arabic in addition to French in A Prophet, and in ancient Gaelic for his role as the seal prince in Kevin Macdonald's The Eagle. He says that he found refuge from the boredom of Belfort in cinema. Watching up to five movies a week during his youth, this habit that gave birth and fed his passion for the art. After earning a Baccalauréat at the Lycée Condorcet of Belfort, he enrolled first in Sports and then Computer Science programs. After two subsequent years of an unmotivated boredom with the subjects in Strasbourg and Marseille, Rahim decided to pursue his passion and began to study film at the Paul Valéry University of Montpellier. His life as a film student was chronicled in a documentary by Cyril Mennegun titled "Tahar, student", aired on French TV channel France 5 in 2006. Following this, Rahim moved to Paris in 2005 and studied drama at the Laboratoire de l'Acteur under Hélène Zidi-Chéruy while working in a factory during the week, and in a night club on weekends to make ends meet. In mid 2006, after signing with an agent, Rahim won a part in the hit Canal+ television series La Commune written by Abdel Raouf Dafri. Dafri penned the first draft of the script to A Prophet. Rahim then met Audiard when the two coincidentally shared a cab while the two were leaving a set. Tahar introduced himself saying that "I knew it was Audiard and I said I was a fan but I think I was a bit silly" and was afterward very surprised that Audiard remembered him enough to contact him about A Prophet. After a two-line appearance in 2008 horror movie Inside starring Béatrice Dalle, he went through a gruelling three months of auditioning. After eight callbacks, he landed his breakthrough role. Rahim is now set to star in controversial Chinese director Lou Ye's movie Bitch. The director, twice banned from making movies by the Chinese government, likely met Tahar at the 2009 Cannes Film Festival where they were each presenting Spring Fever and A Prophet respectively. Bitch is the adaptation of the banned biography of Jie Liu Falin. Another project in the works is Des hommes libres (Free men), the biopic on Si Kaddour Benghabrit, founder of the Great Mosque of Paris, to be directed by Ismaël Ferroukhi of Le Grand Voyage fame.