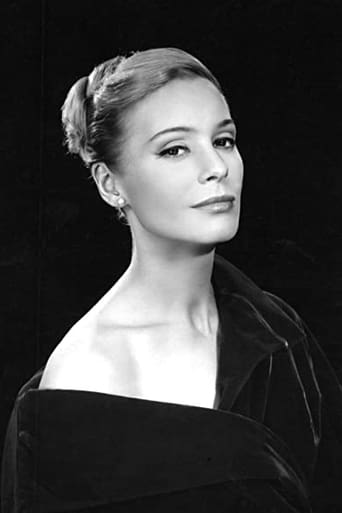 Ingrid Lilian Thulin (Swedish pronunciation: [ˈɪŋːrɪd tɵˈliːn]; 27 January 1926 – 7 January 2004) was a Swedish film actress. Thulin was born in Sollefteå, Ångermanland, northern Sweden, the daughter of Nanna (née Larsson) and Adam Thulin, a fisherman. She took ballet lessons as a girl and was accepted by The Royal Dramatic Theatre ("Dramaten") in Stockholm 1948. For many years she worked regularly with Ingmar Bergman; among other films, Thulin appeared in Bergman's Wild Strawberries (1957), The Magician (1958, where she acted dressed as a boy), in Winter Light (1962), as well as The Silence (1963) and Cries and Whispers (1972). She shared the Best Actress award at the 1958 Cannes Film Festival and received a Guldbagge Award for Best Actress in 1964, the first year the award was given out, for her performance in The Silence. Winner of the David di Donatello Awards 1974, Thulin was also been nominated for the BAFTA Award the same year. In 1980, she was the head of the jury at the 30th Berlin International Film Festival. She was married to Harry Schein, the founder of the Swedish Film Institute, for more than 30 years until 1989, although they had lived separately for many years before the divorce. She bought an apartment in Paris, France in the early 1960s and some years later a beach house in San Felice Circeo. In 1970 she became a resident of Sacrofano, Italy, where she lived for 34 years. She returned to Sweden for medical treatment and later died from cancer in Stockholm, Sweden, 20 days shy of her 78th birthday. Description above from the Wikipedia article Ingrid Thulin, licensed under CC-BY-SA, full list of contributors on Wikipedia. ​