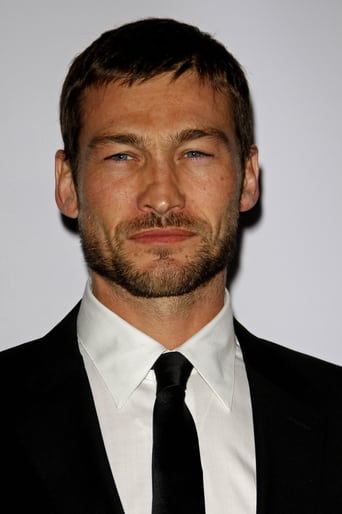 (from Wikipedia, the free encyclopedia) Andy Whitfield (died 11 September 2011) was a Welsh-Australian actor and model. He was best known for his leading role in the Starz television series Spartacus: Blood and Sand during 2010. Career Whitfield was born in Amlwch, Anglesey, Wales. He studied engineering at the University of Sheffield, England and worked in Lidcombe, New South Wales, Australia as an engineer before settling in Sydney in 1999. He appeared in several Australian television series, such as Opening Up, All Saints, The Strip, Packed to the Rafters, and McLeod's Daughters. Whitfield gained his first prominent role in the Australian supernatural film Gabriel. He also starred in the 2010 television series Spartacus: Blood and Sand, which was filmed in New Zealand. He portrays a version of the historical Spartacus, although in this retelling he is a conscripted soldier condemned to death who defeats all four of his executioners and is thereby recycled as a gladiator. The actual Spartacus, like this fictional version, was destined to lead a rebellion against the Romans (the Third Servile War). Whitfield also appeared in the Australian thriller The Clinic starring opposite Tabrett Bethell (of Legend of the Seeker fame) which was shot in Deniliquin. In August 2010, Whitfield teamed up with Freddie Wong and created a 2-minute YouTube video named "Time Crisis", based on the game Time Crisis. Whitfield made a brief, uncredited voice-only appearance in the prequel mini-series Spartacus: Gods of the Arena, which premiered on 21 January 2011. Illness and death In March 2010, Whitfield was diagnosed with non-Hodgkin lymphoma and began undergoing treatment immediately in New Zealand. This delayed production of season two of Spartacus: Vengeance. While waiting for Whitfield's treatment and expected recovery, the network produced a six-part prequel, Spartacus: Gods of the Arena, with only a brief uncredited voiceover from the actor. Although declared cancer-free, only two months later he suffered a recurrence of the disease later in the year and was ultimately compelled to abandon the role. Starz recast Australian actor Liam McIntyre as Whitfield's successor. Whitfield died of non-Hodgkin lymphoma in Sydney, Australia, on 11 September 2011, 18 months after his initial cancer diagnosis.