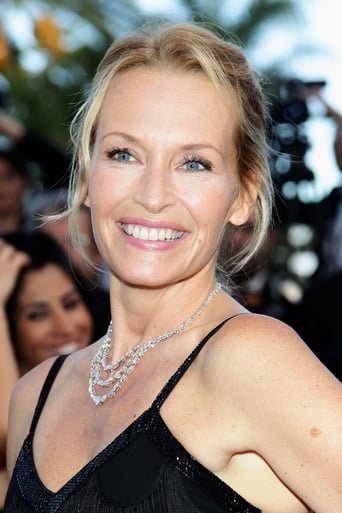 From Wikipedia, the free encyclopedia Estelle Lefébure ([ɛstɛl ləfebyʁ]; born 11 May 1966) is a French actress and model. She was one of the top fashion models in the 1980s and 1990s. Estelle Lefebure, as she was known in the early 1980s, was discovered by George Gallier and managed by him exclusively at Prestige Models in Paris, France. George Gallier then moved to New York City to start American Model Management, and managed her career until 1991. Her national recognition was immediate after the first Guess (clothing) campaign shot by Wayne Mazer in the early 1980s; she then shot several covers of American Vogue with photographer Richard Avedon, several covers of American Elle with Marc Hispard, Gilles Ben Simon and Bill King. French Elle magazine model editor Odile Saron was also instrumental in helping Estelle's career take off. In 1991, she switched agencies, moving from American Model Management to Elite, moved to California, and married singer David Hallyday. During her marriage with David Hallyday, she was known professionally as Estelle Hallyday.