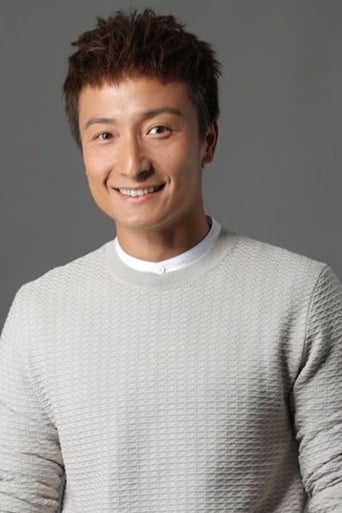 Alex Fong (方力申, Fong Lik-Sun; born 26 February 1980) is a Hong Kong actor, singer and swimmer. He was nicknamed "LittleFlying Fish" for his swimming achievements. As of 2016, Fong still holds several Hong Kong swimming records (and some youth-grade records). He first represented Hong Kong at the age of 11. Fong has also represented Hong Kong at the Sydney Olympics in 2000. He holds a degree in Business Administration from the University of Hong Kong. Fong caught the attention of record executives with his popularity amongst teenage girls and became a singer in 2001. He had been assigned to work with Stephy Tang of former pop-group Cookies/Mini Cookies for the past few years. They now have six duets: 好心好報, 好好戀愛, 十・分愛 (winner of the 2006 Jade Solid Gold 'Best Duet Gold Award'), 我的最愛, 重爱 (mandarin version of 我的最愛) and 七年. Aside from releasing albums and filming movies, Fong is also one of the hosts of TVB's hit cooking comedy show, Beautiful Cooking, along with Ronald Cheng and Edmond Leung. On 24 April 2009, Fong and Kary Ng appeared at the Melbourne Arts Center for their 2009 Melbourne show.[1] In 2011, Fong left his previous record company Gold Typhoon and signed to Huayi Brothers as his new record label.