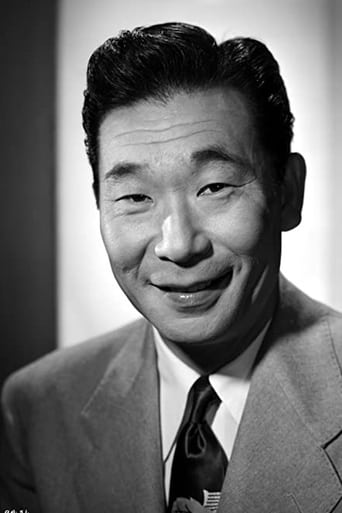 From Wikipedia, the free encyclopedia Philip Ahn (born Pil Lip Ahn (안필립), March 29, 1905 – February 28, 1978) was a Korean American actor. He was the first Korean American film actor to receive a star on the Hollywood Walk of Fame. Ahn's first film was A Scream in the Night in 1935. He appeared in the Bing Crosby film Anything Goes, though director Lewis Milestone had initially rejected him because his English was too good for the part. His first credited roles came in 1936 in The General Died at Dawn and Stowaway, opposite Shirley Temple. He starred opposite Anna May Wong in Daughter of Shanghai (1937) and King of Chinatown (1937). During World War II, Ahn often played Japanese villains in war films. Mistakenly thought to be Japanese, he received several death threats. He enlisted in the United States Army, having served in the Special Services as an entertainer. He was discharged early because of an injured ankle and returned to making films. Ahn appeared in Love Is a Many-Splendored Thing, Around the World in Eighty Days, Thoroughly Modern Millie and Paradise, Hawaiian Style, with Elvis Presley. He got to play Korean characters in Korean War movies such as Battle Circus (1953) and Battle Hymn (1956). In 1952, Ahn made his television debut on the Schlitz Playhouse, a series he would make three additional appearances on. Ahn would also be cast in four episodes of ABC's Adventures in Paradise, four episodes of the ABC/Warner Brothers crime drama Hawaiian Eye, and the CBS crime drama Hawaii Five-O. He made three appearances each on Crossroads, Bonanza, and M*A*S*H. He would also appear in two television movies. Ahn's most notable television role was as "Master Kan" on the television series Kung Fu. A Presbyterian, Ahn felt that the Taoist homilies his character quoted did not contradict his own religious faith.