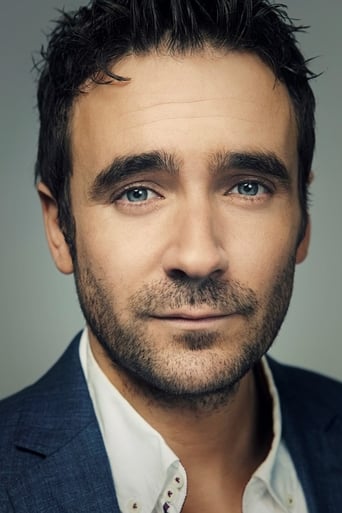 Allan Hawco is a Newfoundland born actor and a graduate of the National Theatre School of Canada in Montreal. Most recognized from his lead role as ‘Jake Doyle’ on the CBC hit TV series, “Republic of Doyle”, Allan also served as the Co-Creator, Showrunner, Executive Producer, and Head Writer for the Gemini-nominated series. Prior to “Republic of Doyle”, Allan starred in some of the most acclaimed television productions in Canada including “ZOS: Zone of Separation” (The Movie Network, 2008), political thrillers “H2O” (CBC, 2004) and “Trojan Horse” (CBC, 2007), as well as the World War II drama Above & Beyond (CBC, 2006). Beyond television, Allan has maintained his roots in the theatre as the co-founder of Toronto-based theatre company, “The Company Theatre”, where he garnered rave reviews as the star in its inaugural production of Tom Murphy’s Whistle in the Dark. Allan’s feature film credits include a starring role in “Love & Savagery” (2009), directed by John Smith, and supporting lead in Sir Richard Attenborough's “Closing the Ring” (2007) with Christopher Plummer and Shirley MacLaine. Allan’s major accolades include such awards as the Gascon Thomas Award from the National Theatre School, an Outstanding Achievement Award from the Canadian Television Hall of Fame, a Gemini Nomination for Best Actor in a Dramatic Series (“Republic of Doyle”), and an ACTRA Nomination for Best Male Actor (“Love & Savagery”).