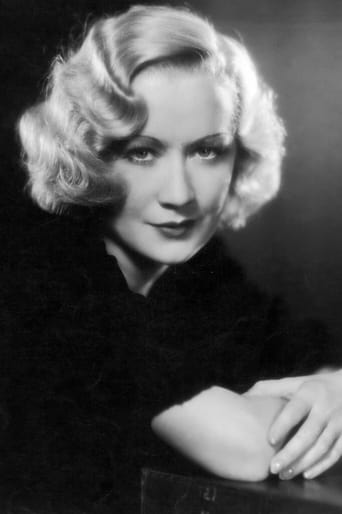 From Wikipedia, the free encyclopedia Ellen Miriam Hopkins (October 18, 1902 – October 9, 1972) was an American actress known for her versatility. She first signed with Paramount Pictures in 1930, working with Ernst Lubitsch and Joel McCrea, among many others. Her long-running feud with Bette Davis was publicized for effect. Later she became a pioneer of TV drama. Hopkins was a distinguished Hollywood hostess, who moved in intellectual and creative circles. At age 20, Hopkins became a chorus girl in New York City. In 1930, she signed with Paramount Pictures, and made her official film debut in Fast and Loose. Her first great success was in the 1931 horror drama film Dr. Jekyll and Mr. Hyde, in which she portrayed the character Ivy Pearson, a prostitute who becomes entangled with Jekyll and Hyde. Hopkins received rave reviews, but because of the potential controversy of the film and her character, many of her scenes were cut before the official release, reducing her screen time to approximately five minutes. Nevertheless, her career ascended swiftly thereafter and in 1932 she scored her breakthrough in Ernst Lubitsch's Trouble in Paradise, where she proved her charm and wit as a beautiful and jealous pickpocket. During the pre-code Hollywood of the early 1930s, she appeared in The Smiling Lieutenant, The Story of Temple Drake and Design for Living, all of which were box office successes and critically acclaimed. Her pre-Code films were considered risqué at the time, with The Story of Temple Drake depicting a rape scene and Design for Living featuring a ménage à trois with Fredric March and Gary Cooper. She also had success during the remainder of the decade with the romantic comedy The Richest Girl in the World (1934), the historical drama Becky Sharp (1935), for which she was nominated for the Academy Award for Best Actress, Barbary Coast (1935), These Three (1936) (the first of four films with director William Wyler) and The Old Maid (1939). Hopkins was one of the first actresses approached to play the role of Ellie Andrews in It Happened One Night (1934). However, she rejected the part, and Claudette Colbert was cast instead. She did audition for the role of Scarlett O'Hara in Gone with the Wind, having one advantage none of the other candidates had: she was a native Georgian. But the part went to Vivien Leigh. Both Colbert and Leigh won Oscars for their performances. Hopkins had well-publicized fights with her arch-enemy Bette Davis (Hopkins believed Davis was having an affair with Hopkins' husband at the time), when they co-starred in their two films The Old Maid (1939) and Old Acquaintance (1943). Davis admitted to enjoying very much a scene in Old Acquaintance in which she shakes Hopkins forcefully during a scene where Hopkins' character makes unfounded allegations against Davis's. There were even press photos taken with both divas in a boxing ring with gloves up and director Vincent Sherman between the two. Hopkins was a television pioneer, performing in teleplays in three decades, spanning the late 1940s through the late 1960s, in such programs as The Chevrolet Tele-Theatre (1949), Lux Video Theatre (1951-1955) and even an episode of The Flying Nun in 1969. She has two stars on the Hollywood Walk of Fame: one for motion pictures at 1701 Vine Street, and one for television at 1708 Vine Street.