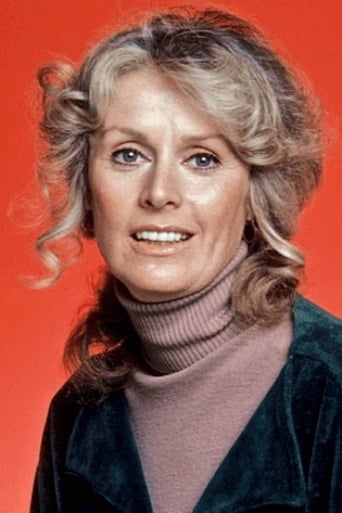 Diana Hyland, a striking, knowing beauty with a confident air about her, was born Diane Gentner on January 25, 1936, in Ohio and appeared on stage in summer stock as a teen before graduating from Cleveland Heights High School. Moving to New York in 1955 to test her acting mettle, the slim-faced, honey-blonde actress began to find TV roles almost immediately (one of her first being a "Robert Montgomery Presents" episode) in between supplementing her income as a switchboard operator. Initially billed Diane Gentner, she changed it to Diana Hyland (taking her mother's maiden name). Following a tour of the play "Look Back in Anger," she broke through quite impressively on the Broadway boards as the neurotic ingénue in the acclaimed 1959 Tennessee Williams production of "Sweet Bird of Youth" starring Paul Newman and Geraldine Page. Her role of Heavenly Finley could have made her a film star had she been allowed to take it the big screen, but Shirley Knight was given that honor. In the early 60s, Diana focused on the small screen with strong, emotional roles on such soaps as "Young Dr. Malone" (1958) and "Peyton Place" (1964) (in a particularly showy role as a minister's alcoholic wife). She also scored well in a series of guest parts, notably "The Twilight Zone," "The Fugitive," "The Alfred Hitchcock Hour" and "Alcoa Presents," the last for which she received an Emmy nomination. She was a particularly sought-after presence on medical shows as well, spicing up such popular tearjerkers as "Ben Casey," "Dr. Kildare," "The Doctors and the Nurses," "Medical Center" and "Marcus Welby, M.D.". Strangely, Diana made noticeably few films during her career, her best showcase being that of the unconventional minister's wife opposite Don Murray's Rev. Norman Vincent Peale in One Man's Way (1964). In addition to a small, downbeat supporting turn in The Chase (1966) starring Marlon Brando, Robert Redford and, Jane Fonda, she also co-starred with Fess Parker in the routine western yarn Smoky (1966). Remaining focused on TV, Diana continued to brightened up the TV medium into the 1970s with an emphasis on crime ("Kojak, "Harry O", "Cannon," "Mannix," etc.). IMDb Mini Biography By: Gary Brumburgh / gr-home@pacbell.net