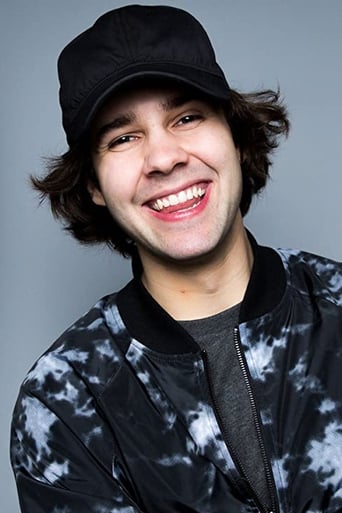 David Julian Dobrik (born July 23, 1996) is a Slovak YouTube personality. He found early success on the video sharing platform Vine, before creating a vlog-oriented YouTube channel in late 2014. As of 2019, Dobrik is known for being the leader of the popular YouTube ensemble The Vlog Squad, which features prominently in his vlogs and comprises rotating selections of his friend group. As of June 2020, Dobrik's vlog channel had accumulated 17.6 million subscribers and 7.3 billion views. The channel was the fifth-most viewed creator channel on YouTube in 2019, with 2.4 billion views that year. Beyond internet entertainment, Dobrik voice acted the role of Axel in The Angry Birds Movie 2 and, from November 2019 to January 2020, was one of the judges on the Nickelodeon TV show America's Most Musical Family.