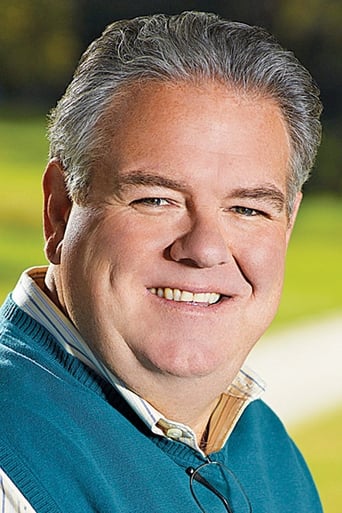 From Wikipedia, the free encyclopedia Jim O'Heir (born February 4, 1962) is an American actor. He was active in the Chicago theater during the 1980s and 1990s as part of the theater group White Noise, and appeared in such plays as The Book of Blanche, Stumpy's Gang and Ad-Nauseam with the group. O'Heir has appeared in several films and made guest appearances on such shows as Friends, Boston Legal, Malcolm in the Middle, Star Trek: Voyager, ER and Parenthood. In 2000, he starred in a regular role in the Comedy Central series Strip Mall as Harvey Krudup, the unattractive husband of protagonist Tammi Tyler, who was played by Julie Brown. As of 2013, O'Heir is a regular supporting cast member of the NBC comedy series Parks and Recreation. He plays Jerry Gergich, a clumsy employee at a local government parks department who is routinely mocked by his co-workers.