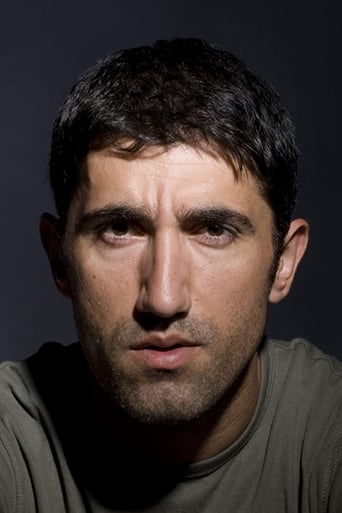 Bashar Mounzer Rahal is the second child to a Bulgarian mother Mariana Rahal - an interior designer and Lebanese father Mounzer Rahal - an OB/GYN. The family moved back to Bulgaria when Bashar was only 6 years old. He first started acting in TV sketches when he was 12. At the age of 14 he became a member of a professional theater group, called "Tears and Laughs", with which he took part in more than 15 performances including Shakespeare and Chekhov. He attended numerous international festivals, including the ones in Avignon, France and Thun, Switzerland among others. His first big screen role at the age of 15 was in 1952: Ivan i Aleksandra (1989) which was followed by more TV and Film appearances. After graduating from The First English Language High School in Sofia, Bashar attended the National Academy of Theater and Film Art, where he received his Masters in Dramatic Arts. Shortly after graduation he was accepted as a permanent member of the national youth theatre and was a guest actor at The National Theatre Sofia Bulgaria. For the next couple of years Bashar appeared in over 25 different TV comedy shows, but became most popular with the hit TV show "It Can't Be"equivalent of SNL ,created & directed by Nellie Andreeva .The show won " Golden Melon", for best comedy show - the most prestigious TV award in Bulgaria. In 1997 Bashar hosted "The Late Night Show" on Channel 3 Sofia , where he met his co-host and future wife Kalina Rahal. In 1999 the couple moved to California so that Bashar could pursue his acting career. He was granted Alien of Extra Ordinary ability as an actor. He is a graduate from the Lee Strasberg Theatre and Film Institute in Los Angeles. For a long time he was considered to play Azamat Bagatov in Borat: Cultural Learnings of America for Make Benefit Glorious Nation of Kazakhstan. Initially Bashar was not considered to play in Joshua Seftel's Political Satire War ,Inc. but the producers Danny Lerner and Les Weldon convinced both John Cusack and the Director Seftel that he is the best choice for the part. After the end of the shooting Cusack and Seftel admitted that Bashar had developed the best character. Later Danny Lerner casted Bashar as a lead in his upcoming action movie Direct Contact. Recently he was casted to play Boris in Dominic Sena's "Whiteout",starring Kate Beckinsale.​