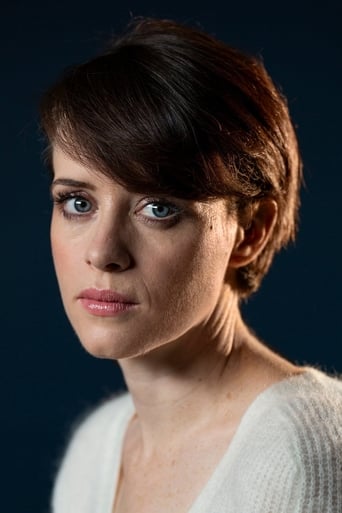 Claire Elizabeth Foy is an English actress. She studied acting at the Liverpool John Moores University and the Oxford School of Drama, and made her screen debut in the pilot of the supernatural comedy series Being Human, in 2008. Following her professional stage debut at the Royal National Theatre, she played the title role in the BBC One miniseries Little Dorrit (2008) and made her film debut in the American historical fantasy drama Season of the Witch (2011). Following leading roles in the television series The Promise (2011) and Crossbones (2014), Foy received praise for portraying the ill-fated queen Anne Boleyn in the miniseries Wolf Hall (2015). Foy was educated at Aylesbury High School from the age of 12 and later attended Liverpool John Moores University, studying drama and screen studies. She also trained in a one-year course at the Oxford School of Drama. She graduated in 2007 and moved to London's Peckham district to share a house with five friends from drama school. While at the Oxford School of Drama, Foy appeared in the plays Top Girls, Watership Down, Easy Virtue, and Touched. After appearing on television, she made her professional stage debut in DNA and The Miracle, two of a trio of single acts directed by Paul Miller at the Royal National Theatre in London (the third was Baby Girl). Foy gained international recognition for portraying the young Queen Elizabeth II in the first two seasons of the Netflix series The Crown, for which she won a Golden Globe and a Primetime Emmy, among other awards. In 2018, she starred in Steven Soderbergh's psychological thriller Unsane and portrayed Janet Shearon, wife of astronaut Neil Armstrong, in Damien Chazelle's biopic First Man. For the latter role, she was nominated for a BAFTA and a Golden Globe. Description above from the Wikipedia Claire Foy licensed under CC-BY-SA, full list of contributors on Wikipedia.