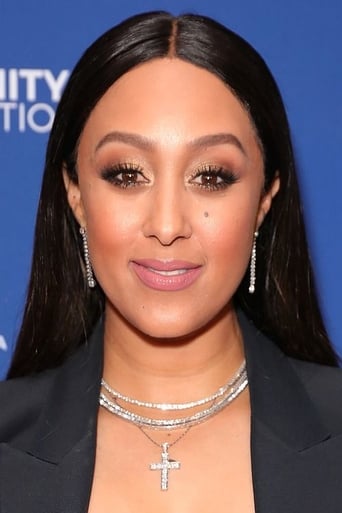 From Wikipedia, the free encyclopedia. Tamera Darvette Mowry (born July 6, 1978) is an American actress. She first gained fame for her teen role as Tamera Campbell on the ABC/WB sitcom Sister, Sister (opposite her identical twin sister Tia Mowry). She starred in the Disney Channel Original Movie Twitches and its sequel, Twitches Too. She has also made a break into dramatic television, and is also known for her role as Dr. Kayla Thorton on the medical drama Strong Medicine. In 2009, Mowry appeared in the ABC Family series Roommates. Description above from the Wikipedia article Tamera Mowry, licensed under CC-BY-SA, full list of contributors on Wikipedia