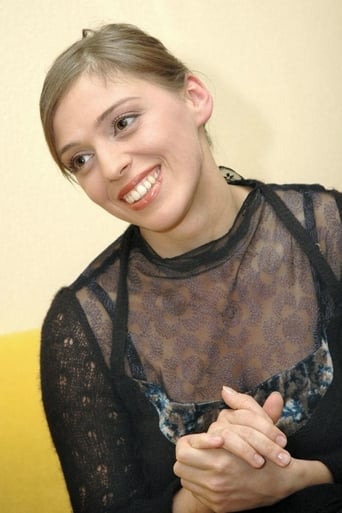 Nelli Vladimirovna Uvarova (Russian: Не́лли Влади́мировна Ува́рова; born 14 March 1980) is a Russian theater and film actress. Nelli Uvarova was born in Mažeikiai, Lithuania to a Russian father and Armenian mother. Uvarova graduated from the All-Russian State University of Cinematography, one of the most prestigious universities throughout the film industry. In 1999, Nelly began to appear in the films, including the famous Boomer. Her debut film was Let’s fly directed by Anna Melikyan. For the role in this film Uvarova was awarded the main prize at the International Institute Film Festival. For the role in the short film On Demand the actress was awarded St. Anna prize. In 2001, Uvarova joined Russian Academic Youth Theatre, where she played many prominent roles. She played Dorothy in The Wizard of Oz and Natalie Herzen in the play The Coast of Utopia. However, a one man show Rules of Behavior in Modern Society, became one of her most striking works. For this role, she was awarded the prize of the international festival Rainbow and was also nominated for the Golden Mask award. The role of a charming ugly girl, (Katya) Yekaterina Pushkareva, in the TV series Not Born Beautiful (2005) became a real breakthrough in Nelly’s career and brought her national love and fame. During the broadcast of the series she had turned into a real star of Russian television. Uvarova played in TV series such as The First Circle (2006), Atlantida (TV series) (2007), Heavy Sand and feature films I Stay, M + F and some others. She played Natasha in Ex-Wife (Russian TV series) in 2013. Other television series she acted in include Tower: New People (2012). In 2007, Uvarova won Lithunian Kids Choice award for Personality of the Year. From Wikipedia, the free encyclopedia