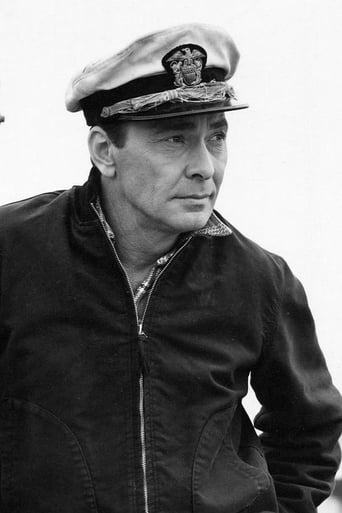 Barry Sullivan (August 29, 1912 – June 6, 1994) was an American movie actor who appeared in over 100 movies from the 1930s to the 1980s. Born in New York City, Sullivan fell into acting when in college playing semi-pro football. During the later Depression years, Sullivan was told that because of his 6 ft 3 in (1.9 m) stature and rugged good looks he could "make money" simply standing on a Broadway stage. This began a successful career on Broadway, movies and television. One of Sullivan's most memorable roles was playing a movie director in The Bad and the Beautiful opposite Kirk Douglas. Sullivan toured the US with Bette Davis in theatrical readings of the poetry of Carl Sandburg and starred opposite her in the 1951 film Payment on Demand. In 1950, Sullivan appeared in the film A Life of Her Own and replaced Vincent Price in the role of Leslie Charteris' Simon Templar on the NBC Radio show The Saint. Unfortunately, Sullivan only lasted two episodes before the show was cancelled, and then resurrected five weeks later with Vincent Price once again playing the starring role. Sullivan's first starring TV show was a syndicated adaptation of the radio series The Man Called X for Ziv Television in 1956-1957, as secret agent Ken Thurston, the role Herbert Marshall originally portrayed before the microphone. In the 1957-1958 season, Sullivan starred in the adventure/drama television series Harbormaster. He played a commercial ship's captain, David Scott, and Paul Burke played his partner, Jeff Kittridge, in five episodes of the series, which aired first on CBS and then ABC under the revised title Adventure at Scott Island. In 1960, Sullivan played frontier sheriff Pat Garrett opposite Clu Gulager as outlaw Billy the Kid in the western television series The Tall Man (although the series ran for seventy-five half-hour episodes, the one in which Garrett kills Billy was never filmed). Sullivan appeared in Sam Peckinpah's Pat Garrett & Billy the Kid (1973) as John Chisum, but his scene was excised from the release print (though later restored to the film). He had a featured role in the 1976 miniseries Rich Man, Poor Man Book II. In additional to The Tall Man, Sullivan also starred in the television series The Road West, which aired on NBC on Monday, alternating with Perry Como), during the 1966-1967 season. Sullivan played the role of family patriarch Ben Pride. Sullivan guest starred in many series, including The DuPont Show with June Allyson, The Reporter, The Love Boat, Little House on the Prairie, and McMillan and Wife. He starred in many Hallmark Hall of Fame specials including a highly acclaimed production of "The Price" opposite George C. Scott. Sullivan was consistently in demand for the entirety of his career. His acting career spanned romantic leading man roles to villains and finally to character roles. In his later years, Sullivan had roles in the films, Oh God with George Burns and Earthquake, where he shared scenes with Ava Gardner. Sullivan has two stars on the Hollywood Walk of Fame: one at 1500 Vine St. for his work in television, and another at 6160 Hollywood Blvd. for motion pictures.