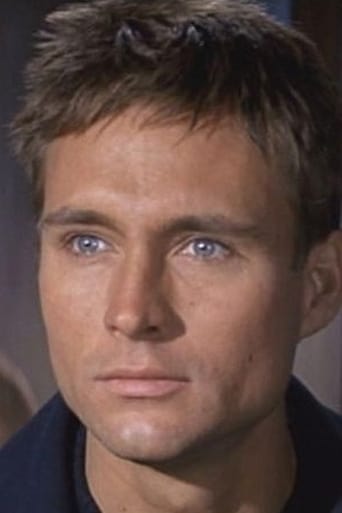 ​From Wikipedia, the free encyclopedia John Phillip Law (September 7, 1937 – May 13, 2008) was an American film actor with over one hundred movie roles to his credit. He was born in Los Angeles, California, the son of actress Phyllis Sallee and the brother of actor Thomas Augustus Law (also known as Tom Law). He was best known for his roles as the blind angel Pygar in the 1968 science fiction cult classic anti-war film Barbarella, and as news anchor Robin Stone in the 1971 movie The Love Machine. (The latter reteamed him with Alexandra Hay, his costar from the 1968 "acid comedy" Skidoo.) He also gained attention in the title role of the 1968 thriller Danger: Diabolik and as a Russian sailor stranded in a New England village in The Russians Are Coming, The Russians Are Coming. Tall (six-foot-five) and handsome, with steel blue eyes, Law became a male sex symbol in the 1960s. He was a VIP guest at Hugh Hefner's Playboy Mansion and in Hollywood society. While he never achieved superstar status, he became a popular action hero, particularly in the Italian movie market, with movies ranging from science fiction, and fantasy to comedy, westerns, drama, and war movies. Law co-starred in Roger Corman's 1971 film Von Richthofen and Brown, playing Manfred von Richthofen opposite Don Stroud's Roy Brown. Corman used Lynn Garrison's Irish aviation facility, complete with replica World War I aircraft. Garrison taught Law the basics of flying so that he could take off and land, making some of the footage more realistic. Some other of Law's movies have also become cult classics, including The Golden Voyage of Sinbad, Death Rides a Horse and Attack Force Z. Two of Law's films, Danger: Diabolik and Space Mutiny, were also featured in the movie-mocking TV series Mystery Science Theater 3000. In 2001 he appeared in Roman Coppola's directorial debut CQ, an homage to the Italian spy/sci-fi B-movies in which Law often starred during the 1960s. Law's final credited film role was in 2008's Chinaman's Chance. In his personal life, he was once married to actress Shawn Ryan, with whom he had a daughter named Dawn. His doctors told him in late 2007 that he had pancreatic cancer and only six months to live. Law died May 13, 2008, at his Los Angeles home. His remains were cremated and the ashes remain with his daughter, Dawn and his grandson, Ryan. Description above from the Wikipedia John Phillip Law, licensed under CC-BY-SA, full list of contributors on Wikipedia.