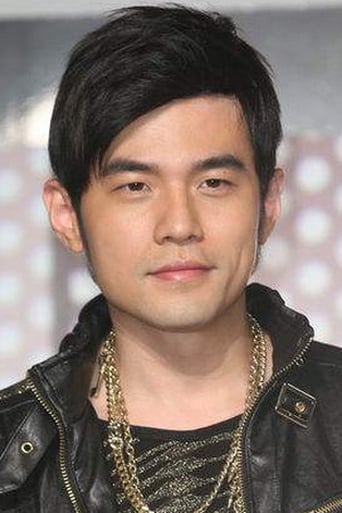 Jay Chou (born January 18, 1979) is a Taiwanese musician, singer-songwriter, music and film producer, actor and director who has won the World Music Award four times. He is well-known for composing all his own songs and songs for other singers. In 1998 he was discovered in a talent contest where he displayed his piano and song-writing skills. Over the next two years, he was hired to compose for popular Mandarin singers. Although he was trained in classical music, Chou combines Chinese and Western music styles to produce songs that fuse R&B, rock and pop genres, covering issues such as domestic violence, war, and urbanization. In 2000, Chou released his first album, titled Jay, under the record company Alfa Music. Since then he has released one album per year except in 2009, selling several million copies each. His music has gained recognition throughout Asia, most notably in regions such as Taiwan, China, Hong Kong, Japan, Malaysia, Indonesia, India, Singapore, Thailand, Vietnam and in overseas Asian communities, winning more than 20 awards each year. He has sold more than 28 million albums worldwide up to 2010. He debuted his acting career in Initial D (2005), for which he won Best Newcomer Actor in both the Hong Kong Film Awards and the Golden Horse Awards, and was nominated for Best Supporting Actor by Hong Kong Film Awards for his role in Curse of the Golden Flower (2006). He produced the theme song for the film Ocean Heaven starring Jet Li. His career now extends into directing and running his own record company JVR Music. Description above from the Wikipedia article Jay Chou, licensed under CC-BY-SA, full list of contributors on Wikipedia.