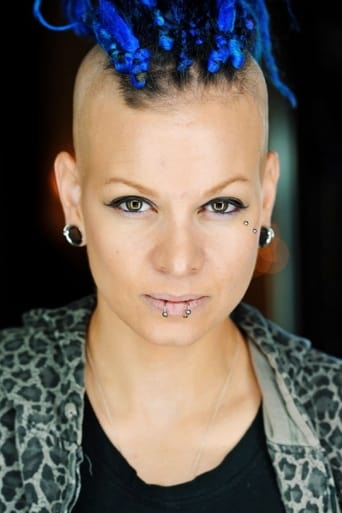 Verona Blue is originally from Toronto but arrived in Los Angeles by way of Bristol and London, where she received classical, conservatory training in voice, movement and text at the Bristol Old Vic Theatre School. She excels at weapons and combat, holds a BADC advanced certificate under Fight Master Jonathan Howell, and is extremely easy to find at an airport. Realising her niche was strong, but limited, Verona began creating her own opportunities with a group creative friends and colleagues. Her first film (and reel!) "Elizabeth" won Best Editing and was nominated for Best Actress at the Indie Horror Film Festival in Chicago in 2013. With a professional background in web development and extensive experience working on film industry related websites, she has a lot going on. Verona lives in east Los Angeles with her husband and their 5 dogs.