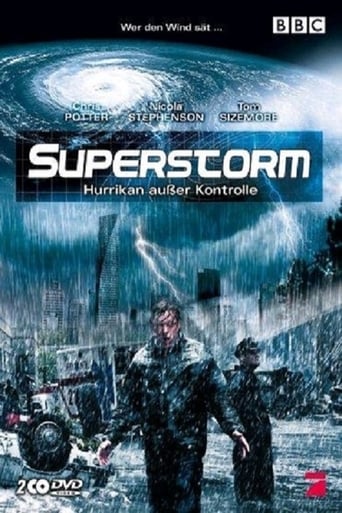 Superstorm is a three-part British docudrama miniseries written and directed by Julian Simpson, about a group of scientists that try to divert and weaken hurricanes using cloud seeding. Superstorm originally aired on BBC One for a period of three weeks, totaling three 59 minute episodes, from 15 April 2007 to 29 April 2007. Each episode was followed by a half-hour documentary on BBC Two on extreme weather monitoring and forecasting, called The Science of Superstorms. The series was also aired on the Discovery Channel in the U.S. and Canada during the summer of 2007. Superstorm is a co-production of BBC Worldwide, Discovery Channel and ProSieben, in association with M6 and NHK. Ailsa Orr and Michael Mosley, who made also Supervolcano, are the executive producers for BBC, while Jack E. Smith is the executive producer for Discovery Channel. The miniseries was released on DVD in the United Kingdom on 2 July 2007.