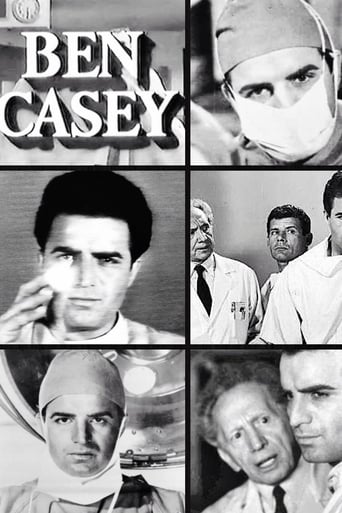 Ben Casey is an American medical drama series which ran on ABC from 1961 to 1966. The show was known for its opening titles, which consisted of a hand drawing the symbols "♂, ♀, ✳, †, ∞" on a chalkboard, as cast member Sam Jaffe intoned, "Man, woman, birth, death, infinity." Neurosurgeon Joseph Ransohoff was a medical consultant for the show and may have influenced the personality of the title character.