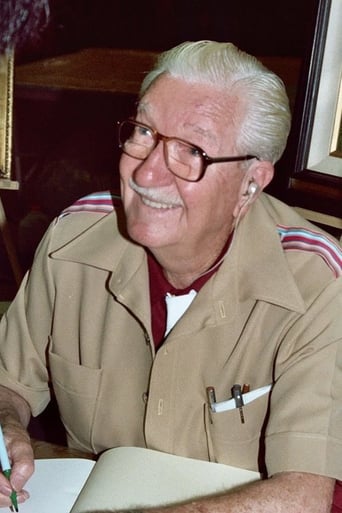 American cartoonist, author, and painter. He is best known for his comics about Donald Duckand as the creator of Scrooge McDuck. He worked anonymously until late in his career; fans dubbed him The Duck Man and The Good Duck Artist. In 1987, Barks was one of the three inaugural inductees of the Will Eisner Comic Book Hall of Fame. Barks worked for the Disney Studio and Western Publishing where he created Duckburg and many of its inhabitants, such as Scrooge McDuck (1947),Gladstone Gander (1948), the Beagle Boys (1951), The Junior Woodchucks (1951), Gyro Gearloose (1952), Cornelius Coot (1952), Flintheart Glomgold (1956), John D. Rockerduck (1961) and Magica De Spell (1961). Cartoonist Will Eisner called him "the Hans Christian Andersen of comic books." -Wikipedia Entry