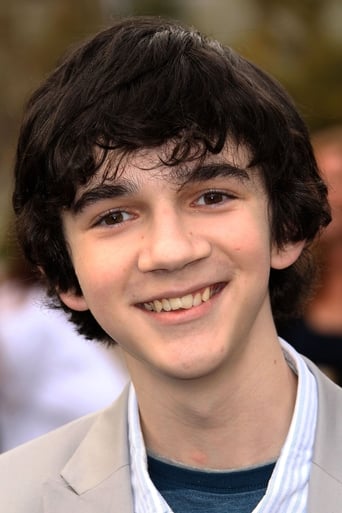 Zachary "Zach" Mills (born December 26, 1995) is an American teen actor. Mills has appeared in many film and television productions. These include a brief appearance in the television series Scrubs and guest starring roles in such shows as Malcolm in the Middle, Eleventh Hour, Numb3rs, Ghost Whisperer and October Road. His first significant supporting role in a film was as Adrien Brody's son in the 2006 film, Hollywoodland. In 2007 he appeared in the Hallmark movie The Valley of Light, and that year would also mark his leading role in Mr. Magorium's Wonder Emporium, in which he acted alongside Dustin Hoffman and Natalie Portman. In 2008 he appeared in a leading role in the film Kit Kittredge: An American Girl, and a supporting role as a news vendor in the Clint Eastwood-directed Changeling. Zach is also in Super 8.