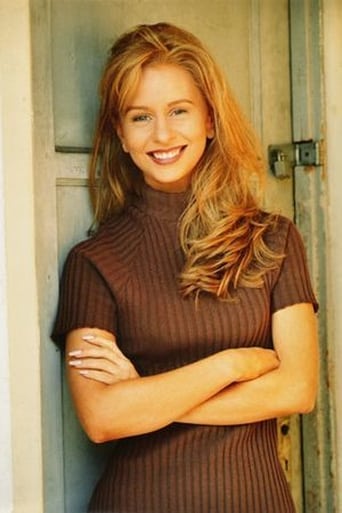 Daisy Tormé, actress, singer and host, is the daughter of Jazz legend Mel Tormé and British actress Janette Scott. Very early on, Daisy knew that her one true love was performing and throughout her life, she has worked in almost every corner of the performing arts: Film, television, radio, stage, opera and much voice-over and animation. Her professional career started at age eight when she sang along side her famous dad in "The Christmas Songs."(PBS) Soon after, a move to England would split her time between England and California. In England, her crafts were honed by Dennis Wicks of the English National Opera, and her own grandmother, legendary English actress Dame Thora Hird, which paid off in a two-year residency and starring roles with the New Sussex Opera Company, and a Gold Medal with Honors in Acting from London's famed Guildhall. Back in L.A., her natural jazz ability blossomed. After graduating from top British girls' boarding school, Benenden, Daisy enrolled at UCLA, earning a degree in English with Creative Writing and her first voiceover job which began her life long love affair with the microphone. Since then, Daisy's voice has appeared not only on her own daily radio show, but in, for example: House of Cards, Homeand, 24, Fresh Off the Boat, Syriana, The Mentalist, Shrek 4, The Hangover, Sliders (her brother Tracy Tormé's creation), and Sex and the City, the movie, to name a few! She has also voiced two radio campaigns for the Armed Services Radio Network, several video games and the complete anime series Ninja Scroll, where she stars as the Light Maiden Shigure. (Please see resume page for complete list of credits.) From playing Peggy Lee and Sinatra on the radio airwaves to Tony Bennett, Tower of Power, and even The Police on KCET-TV, to singing the standards herself at the Las Vegas Hilton alongside brother James, Daisy maintains her strong ties to jazz. She wants the greatest music played everywhere. This passion threw her onto TV as a host for the first time 10 years ago, and since then, she's been KCET's darling! She's hosted live evenings with Josh Grobin, Johnny Mathis, Chris Botti, Dianne Warren, Cheech and Chong, Tower of Power, WAR, and Dr Wayne Dyer. Also tow live auction events alongside Antiques Roadshow host Mark L. Walberg Daisy donates her time to many non-profit and charitable causes. She has hosted several events for the Cancer Support Community and YWCA, worked on the jazz-fundraiser committee at the Stroke Association of Southern California, hosted a telethon for Pet-Place Animal Shelters, celebrity-bowled (very badly!) for AIDS research and voiced the Free Arts For Abused Children campaign . In June 2007, Daisy was an Honoree at the Annual Women of Action luncheon, honoring women who achieve both high standards in their chosen careers and in charity work, all benefiting cancer research. Daisy's is a news-addict who loves sports (watching and playing, cheering for the Bruins) cooking, old movies, bad TV and long visits to England.