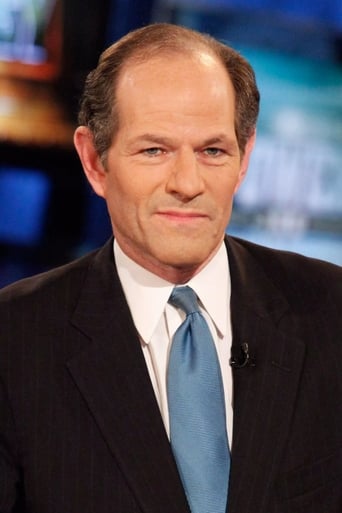 From Wikipedia, the free encyclopedia. Eliot Laurence Spitzer (born June 10, 1959) is an American lawyer, former politician of the Democratic Party and currently a political entertainer. He is currently the co-host of In the Arena (previously Parker Spitzer), a talk-show and punditry forum broadcast on the CNN cable network (U.S.). He served as the 54th Governor of New York from January 2007 until his resignation on March 17, 2008 in the wake of the exposure of his involvement as a client in a high-priced prostitution ring. Prior to being elected governor, Spitzer served as New York State Attorney General. Spitzer was born and raised in The Bronx, to real estate tycoon Bernard Spitzer. He attended Princeton University for his undergraduate studies and then Harvard Law School for his Juris Doctor. It was there that he met his future wife, Silda Wall. After earning his Juris Doctor degree, Spitzer joined the law firm of Paul, Weiss, Rifkind, Wharton & Garrison. Two years later, he joined the Manhattan District Attorney's office, headed by Robert M. Morgenthau, to pursue organized crime. He launched the investigation that brought down the Gambino family's control over Manhattan's garment and trucking industries. In 1992, Spitzer left to work at the law firm of Skadden, Arps, Slate, Meagher & Flom and, later, Constantine and Partners. In the 1998 election, Spitzer defeated incumbent Republican Dennis Vacco by a slim margin to become New York State Attorney General. His campaign was financed by a controversial multi-million dollar loan from his father. As attorney general, Spitzer prosecuted cases relating to corporate white collar crime, securities fraud, internet fraud and environmental protection. He most notably pursued cases against companies involved in computer chip price fixing, investment bank stock price inflation, predatory lending practices by mortgage lenders, fraud at American International Group, and the 2003 mutual fund scandal. He also sued Richard Grasso, the former chairman of the New York Stock Exchange, claiming he had failed to fully inform the board of directors of his deferred compensation package, which exceeded $140 million. In 2007, Spitzer was inaugurated governor of New York after defeating Republican John Faso in the November election. During his time in office, he proposed a bill to legalize same-sex marriage in New York and issued an executive order allowing illegal immigrants to be issued driver's licenses, which have both attracted controversy. In July 2007, he was admonished for his administration's involvement in ordering the State Police to record the whereabouts of State Senate majority leader Joseph L. Bruno. On March 10, 2008, The New York Times reported that Spitzer was a client of a prostitution ring under investigation by the federal government. Two days later, he announced his resignation as governor of New York, effective March 17, citing "private failings". In June 2010, Spitzer joined CNN to host a "round-table" discussion program alongside conservative journalist Kathleen Parker. Description above from the Wikipedia article Eliot Spitzer, licensed under CC-BY-SA, full list of contributors on Wikipedia