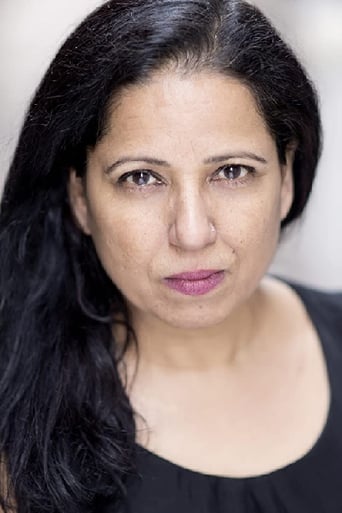 ​From Wikipedia, the free encyclopedia Shobu Kapoor (born 28 May 1961) is a British actress of Indian descent. She is most notable for playing the role of Gita Kapoor, the long-suffering wife of market trader Sanjay (Deepak Verma), in the BBC soap opera EastEnders from 1993 to 1998. After leaving EastEnders, Kapoor appeared in the 2002 film Bend It Like Beckham and the TV series The Bill (2004). She has also been in Chicken Tikka Masala (2005), Casualty (2005) and Doctors, where she appeared as five characters between 2000 and 2016. Description above from the Wikipedia article Shobu Kapoor, licensed under CC-BY-SA, full list of contributors on Wikipedia.