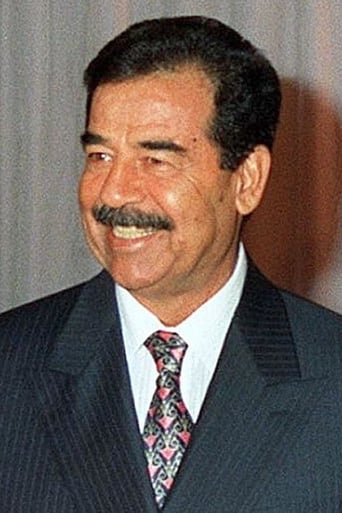 Saddam Hussein was a bloody and brutal dictator who kept his country of Iraq at war almost constantly after assuming power in 1979. At least one million people died due to the machinations of Saddam. After his regime was toppled by the U.S. invasion of 2003, he wound up on a gallows, his life terminated at the end of a hangman's noose. Saddam invaded neighboring Iran in 1980 and waged war for seven years and 11 months, making it the longest conventional war in the 20th Century. Saddam had hoped to take advantage of what he perceived as the chaos of the Iranian revolution to settle border disputes and suppress his own Shi'ite Muslim population. (Iran is predominantly Shi'ite while Hussein was a Sunni Muslim.) The war ended in a stalemate with approximately 500,000 Iraqis and 400,000 Iranians dead. Both sides, major oil producers, suffered economic losses of half-a-trillion dollars. Saddam used poison gas against Iranian troops, an atrocity even Adolf Hitler didn't engage on the battlefields of World War II. Beginning in 1986 and continuing through 1989, Saddam launched a deliberate campaign of genocide against the Kurds in northern Iraq. The campaign also targeted areas populated by other minorities, including Assyrians and Jews. In 1988, his forces launched a poison gas attack on the Kurdish town of Halabja that killed as many as 5,000 people and injured as many as 10,000. In all, Saddam's three-year-long genocide against the Kurds and other minorities claimed as many as 182,000 lives. In 1990, the war-monger Saddam invaded Kuwait with the intention of looting and annexing the oil-rich country. An international coalition was put together by the first President George Bush and freed Kuwait but left Saddam in power. His son President George W. Bush put together a second coalition army dominated by American and British forces that invaded Iraq in March 2003 to depose the dictator. The invasion was launched on the pretext that he possessed weapons of mass destruction and was in league with al-Qaeda, the terrorist group that had launched the 9/11 attacks on the United States. Both charges were false, but it led to Saddam's capture in December 2003. He was subsequently tried and executed by the Iraqi interim government for the killing of 148 Iraqi Shi'ites in 1982. His death sentence was carried out on December 30, 2006.