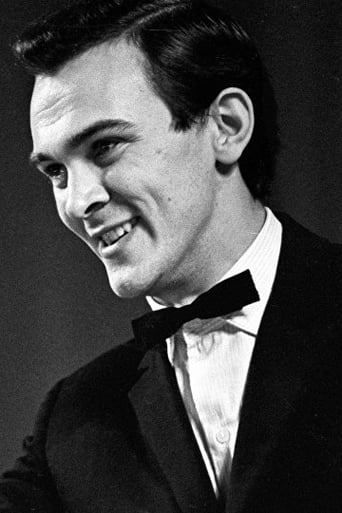 Muslim Magometovich Magomayev (Azerbaijani: Müslüm Məhəmməd oğlu Maqomayev) dubbed the "King of Songs" and the "Soviet Sinatra" was a Soviet Azerbaijani baritone operatic pop singer. He achieved iconic status in Russia and the post-Soviet countries for his vocal talent and charisma. Muslim Magomayev represented one of the most respected artistic dynasties in Azerbaijan. His grandfather Muslim Magomayev (1885–1937), a friend and contemporary of the prominent Azerbaijani composer Uzeyir Hajibeyov, was one of the founders of modern Azerbaijani classical music. He learned to play the piano as a child, and began to take voice lessons at the age of 14. As a teenager, he became interested in Italian songs, American jazz, and other styles of popular music. He majored in piano and composition at the Baku Conservatoire. He was 19 when he first performed at an international youth music festival in Helsinki. In 1962, at the age of 20, Magomayev first appeared in Moscow where he performed during the Days of Azerbaijani Culture. He sang an aria from Gounod’s Faust, and the song "Do the Russians Want War?" in a gala concert at the Kremlin Palace of Congresses, and became a celebrity on the spot. A year later, he gave his first solo concert in the Moscow Tchaikovsky Concert Hall to a full house and became a soloist of the Azerbaijan State Academic Opera and Ballet Theatre. Muslim earned fame in the USSR as an opera singer with his performance in Rossini's "Barber of Seville". He also became known for his arias from Puccini's "Tosca", Hajibeyov's "Koroghlu" and "Shah Ismayil", which was composed by his grandfather. He quickly became a cult figure and gave three concerts a day filling huge arenas all across the Soviet Union, while his albums sold millions. In 1966 and 1969, Magomayev performed in Paris Olympia with great success. In 1969 he received the MIDEM Gold Disc Award in Cannes for album sales of over 4.5 million units. In 1973, at the age of 31, Muslim was awarded the Soviet Union's highest artistic title: People's Artist of the USSR. Magomayev moved to Moscow in the early 1970s. He became the art director of the Azerbaijan State Bandstand-Symphonic Orchestra in 1975 and toured in Italy, France, Bulgaria, Finland, Canada, United States, Cuba and other countries. Magomayev was also known as a composer, writing several film soundtracks and songs. In addition, Magomayev acted in films and hosted television and radio broadcasts devoted to prominent musicians of the 20th century.