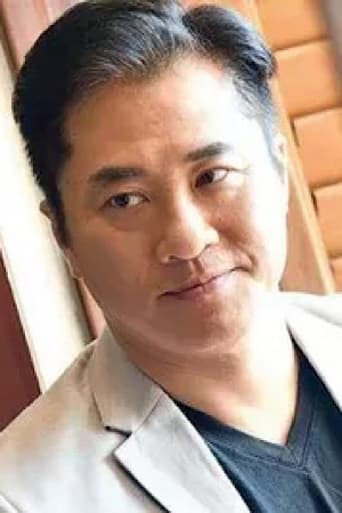 David Siu entered Hong Kong showbiz in the late 80s, as a trainee of the 17th TVB acting class in 1987, in company with the Hong Kong "Heavenly King" Aaron Kwok. The road to stardom of David Siu was quite lucky and smooth. In 1987, TVB held a talent contest to select actors. Be supported by his friends, he entered for the contest. Eventually, he won the champion in the contest. Immediately thereafter, TVB invited him sign up with them. Siu also wanted to give it a try, so he resigned the first job to become an actor. Joining the entertainment less than one year, thanks to his good-looking appearance and ideal height, he impressed film producers. TVB promoted him actively through leading roles in many TV series. For about five years he participated in 20 series including: Behind Silk Curtains, The Tribulation of Life, Mo Min Kap Sin Fung, A triad of lifetime, Three in a crowd, The Ruin Of War, Impossible dream, The Enforcer's Experience, A Time of Taste, Land of condor, The Greed of Man, The Link, and Remembrance. Among them, the role Ting How-hai (丁孝蟹) in the 1992 TVB classic series The Greed of Man is his featured role in his career. In 1993, he played the character Sung Man Jeun ( 宋文俊) - a rich and kind young man in the famous TV series in 90s – The Link. His character falls in love with a rising movie star (played by Amy Kwok). Their love in the film weathered many storms before having a happy ending. The chemistry between him and Amy Kwok is great and fantastic. They are a nice-couple in The Link. The success of this role helped him raise his popularity in both Hong Kong and Taiwan. Immediately, A Taiwan broadcast television invited him star in the film "Days Of Tomorrow" (天長地久). In 1995, Siu left TVB because he had not reached agreements in signing the new contract with TVB company. Later, he signed with Asia Television (ATV) a short contract. He shot some TV series’s ATV such as: Justic Bao, Coincidentally, and Beggar king. Until 1997, he decided to take leave of HongKong Entertainment. He began to devote to running a 4-wheel drive conversion shop in Hong Kong. In 2012, he returned Hong Kong Entertainment to reshoot films. A Wall-Less World III – a short film ‘s RTHK television marked his return after many years. In 2014, he shot the film " Dot to Dot". After that, he participated in "The anniversary" in 2015. In the film, he reunited with the co-star Loletta Lee after 23 years from their success in The greed of man. In April 2015, the classic TV series "The greed of man" was back on the air at late night on TVB. Once again, the film created a phenomenon for the media and audience. His name became hot again.