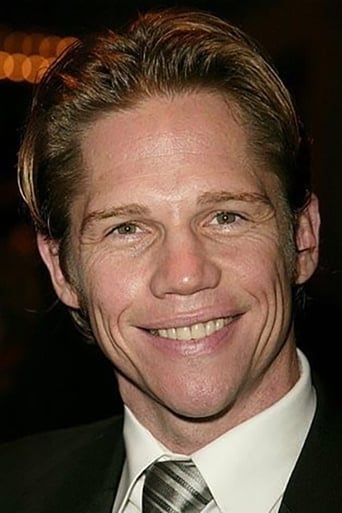 From Wikipedia, the free encyclopedia Jack Noseworthy, Jr. (born December 21, 1964) is an American actor, whose most visible movie roles were perhaps A Place for Annie, Event Horizon and U-571. Jack graduated from Lynn English High School in 1982 and attended Boston Conservatory, from where he has a BFA. Noseworthy was in Bon Jovi's music video "Always", with Carla Gugino and Keri Russell. He co-starred with Meryl Streep in the Public Theater's 2006 production of Mother Courage and Her Children. He also starred in a short-lived MTV drama series, Dead at 21. In December 2005, he originated the role of Armand in the musical Lestat during its pre-Broadway run at the Curran Theatre in San Francisco, but left the production during its first week of previews (he was replaced by actor Drew Sarich). He is also the only male actor to play Peter Pan in the musical adaptation, though he was only an understudy. He has Scottish ancestry. Noseworthy made his debut as a nightclub performer in September 2006, at the Metropolitan Room in New York City. His nightclub act, titled "You Don't Know Jack!", is directed by Gary Griffin. He is also in a Burbank musical at the Colony Theater called No Way To Treat A Lady written by Douglas J. Cohen. It opened on April 18, 2009. Description above from the Wikipedia article Jack Noseworthy, licensed under CC-BY-SA, full list of contributors on Wikipedia.