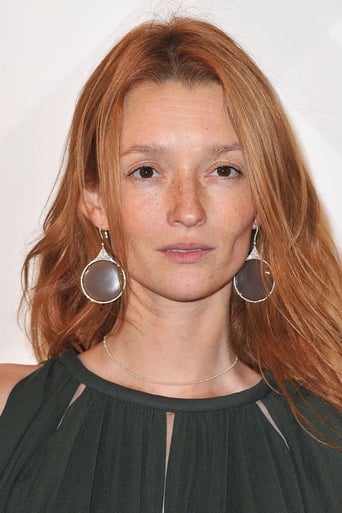 Audrey Marnay (born 14 October 1980 in Chartres, department of Eure-et-Loir) is a French actress and model. At 15 years old, Audrey Marnay enters a modelling agency in Paris. A year later, she accesses the rank of TOP MODEL, with 32 pages and the cover in Vogue Italy, photographed by Steven Meisel. She has graced the pages and covers of Vogue, Elle, Harper’s Bazaar… She was the image of major luxury brands such as Chanel, Versace, Lanvin, Calvin Klein, Valentin, Longchamp… Based in New York for 8 years, she accomplishes the American dream. Back in Paris, she was directed by Patrice Leconte, Raoul Ruiz, David Foenkinos, Stefan Liberski, Arielle Dombasle, and Cedric Klapisch. In 2014, George Clooney chooses her to be in his movie The Monuments Men. She turns towards creativity in fashion (capsule collections for Claudie Pierlot), Jewellery design (Etername), sings (Alain Chamfort “Manureva”), becomes the muse for Air in their video clips, French artist Pierre Huyghe calls her for “The Host and The Cloud”. Marney became the spokesperson for “Les Enfants de Bam” in 2010. In 2016, Marnay launches her YouTube channel under her name, taking the viewer inside fashion, art, cinema, and lifestyle. Source: Article "Audrey Marnay" from Wikipedia in english, licensed under CC-BY-SA 3.0.