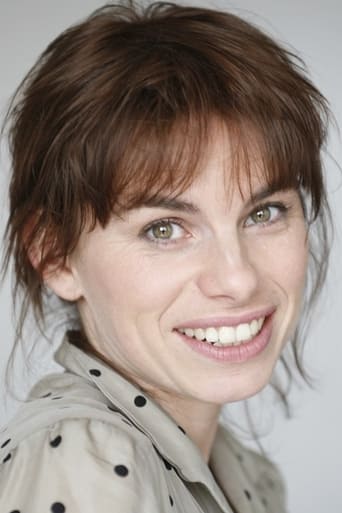 Anne Le Guernec is a French actress and director who is best known to English-speaking audiences for her appearance in George R.R. Martin's Doorways. Le Guernec was born in Suresnes, France. She developed an interest in acting in High School, and studied under Madeleine Marion and performed in The Cherry Orchard by Anton Chekhov and in The Lady from the Sea by Henrik Ibsen. She did a degree in Theatre Studies at Théâtre du Lycée Renoir. Soon after graduation she started to work in films and television, including roles in Charlotte for Ever and Les Enfants du marais. Her first American production was the pilot for George R.R. Martin's Doorways. She has also consistently worked in theatre, both acting and directing, including performances in works by Molière, Marina Carr, John Millington Synge, Albert Camus, Jean-Paul Sartre, and Martin Crimp. Source: Article "Anne Le Guernec" from Wikipedia in english, licensed under CC-BY-SA 3.0.