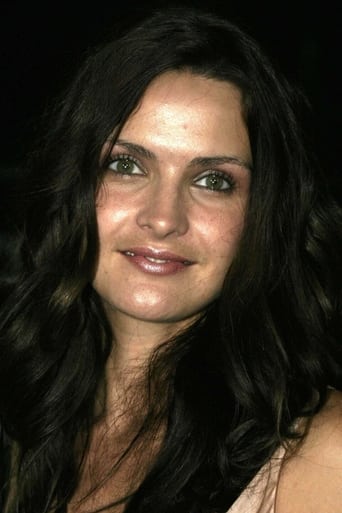 Iva Hasperger is a graduate of the American Academy of Dramatic Arts and has performed in theater productions from Shakespeare to Tennessee Williams. Strong roots in a classical and European background often inform Iva's work-perhaps most notably in her performance as "Ilona" in the feature "Vlad" starring Billy Zane and Francesco Quinn. Hasperger plays a 15th century girl who only speaks middle English. In preparation for the shoot, the actress consulted Professor Edward Condron of UCLA to ensure accuracy with the complex ancient tongue. Hasperger fulfilled a childhood dream when she came to the US to train as an actress. An avid student of the American cinematic tradition and its history she has repeatedly delivered nuanced and eye catching performances in film, television and theater. Hasperger readily admits that her favorite actress of all time is Meryl Streep, and makes no bones about a desire to emulate her heroine. From a Southern belle in "Cloud Seven" to a Czech communist in "Cold Case" she has consistently delivered depth and range. As the projects get larger the approach remains the same-remain true to the character and serve the writing. So-no distraction by the bright lights for this terrific talent!