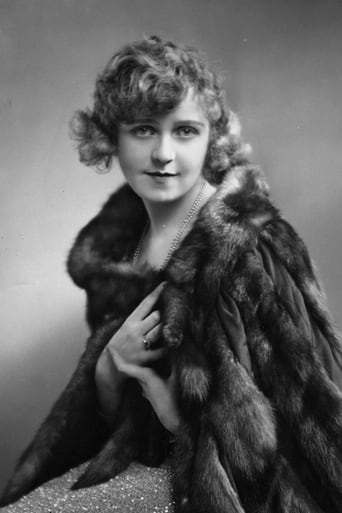 From Wikipedia, the free encyclopedia Betty Balfour (27 March 1903 – 4 November 1977) was an English screen actress, popular during the silent era, and known as the "British Mary Pickford" and "Britain's Queen of Happiness". She was best known to audiences for her Squibs series of films. Balfour was the most popular actress in Britain in the 1920s, and in 1927 she was named by the Daily Mirror as the country's favourite world star. Her talent was most evident in the Squibs comedy series produced by George Pearson, while in his Love, Life and Laughter (1923) and Reveille (1924), rediscovered in 2014, she demonstrated a serious side to her character. Her role as a wealthy heiress in Somebody's Darling (1925) was an attempt to break out of her previous role as Squibs, to avoid typecasting. She made her stage debut in 1913, and was appearing in Medora at the Alhambra Theatre in Leicester Square when T. A. Welsh and Pearson saw and signed her for Nothing Else Matters in 1920. After replacing Gertrude Lawrence on stage in The Midnight Follies, Balfour was back with Pearson with her first starring role in Mary Find the Gold. In 1916 she starred in Fred Karno's all female revue, 'All Women,' notable at the time for its all female cast, including stage manager, musical director and advanced agent. Balfour made no attempt to break into Hollywood but like Ivor Novello she was able to export her talents to mainland Europe. She starred in the German films, Die sieben Töchter der Frau Gyurkovics and Die Regimentstochter; she also worked for Marcel L'Herbier in Le Diable au cœur, for Louis Mercanton in Croquette and La Petite Bonne du palace, and for Géza von Bolváry in Bright Eyes. Back in Britain, she also starred in Alfred Hitchcock's Champagne (1928). Balfour's sound debut, The Nipper (1930), based on the Squibs character, was only moderately successful. Her popularity diminished in the 1930s, though she played a supporting role to Jessie Matthews in Evergreen (1934), appeared with John Mills in Forever England (1935) and played the matriarch in 29 Acacia Avenue (1945). Balfour had less fortune in her private life. Her marriage with composer Jimmy Campbell went on the rocks in 1941 after ten years, a try of a comeback at the theatre failed in 1952. She died at age 74 in Weybridge, Surrey.