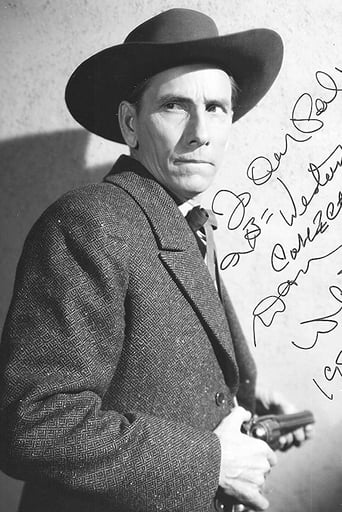 Dan White (March 25, 1908 - July 7, 1980) was born to George & Orpha White about one mile from the Suwannee River in Falmouth, Florida. Falmouth was a small sleepy town then, as it is still today. He was one of 12 siblings who were moved to Lakeland sometime around WW I. Lakeland is where Dan was introduced into show business in 1922 at the age of 14. He ran away from home when the show moved on and traveled thousands of miles throughout the South in tent, minstrel, vaudeville and theater shows. Dan performed on stage with his brother Willard for nine years with a stock company in Tampa's old Rialto Theater. Frances Langford worked with him during this time and it was Dan who told her to go to Hollywood. During this period he met Matilda "Tilda" Mae Spivey on the stage, and married her on February 25, 1933. Tilda had a two-year-old child from a previous marriage by the name of Arthur "Art" Grant Gifford. Times were tough, so Dan had to get out of show business for a while to make some real money. In 1934 he found work with the Conservation Corps in Homestead, Florida, but show business was always in his heart. Dan knew he had what it took to "make it" in Hollywood, so he decided to make the move to California in 1935. They packed all their possessions into their Ford and started the long, arduous trek across the country. This was during the Great Depression, and money was very tight. They had to stop frequently in various cities across the country to make extra money to continue their journey. Dan was a very good auto mechanic and never had a problem finding this type of work wherever he went. This skill paid off once during the filming of To Kill a Mockingbird (1962). During the "mob" scene, one of the cars they were to drive away in would not start. Dan opened the hood, stepped onto the front bumper, and had the car running in no time flat. Date of Birth 25 March 1908, Falmouth, Florida Date of Death 7 July 1980, Tampa, Florida