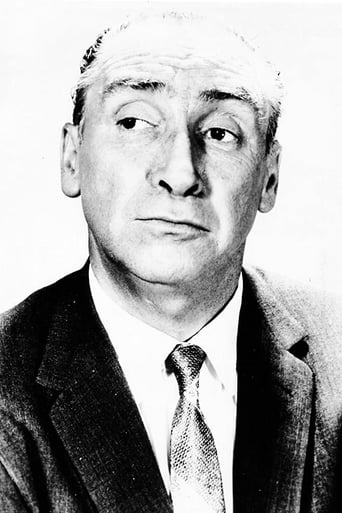 From Wikipedia, the free encyclopedia Horace McMahon (May 17, 1906 – August 17, 1971) was an American actor. McMahon was born in South Norwalk, Connecticut. He became interested in acting when he was a student at Fordham University School of Law. In his early career he mostly played thugs or jailbirds, but in 1949 he starred in his most acclaimed role, as Lieutenant Monaghan in the drama play Detective Story and in 1951 he reprised his character in Paramount Pictures' film version Detective Story, alongside Kirk Douglas and Eleanor Parker. McMahon also starred on television, in the ABC police series Naked City as Lt. Mike Parker, a gruff, no-nonsense, but warmhearted cop's cop, interested only in justice and doing the job according to the proper rules of the game. He was nominated for an Emmy Award for this role. In 1964, McMahon played Hank McClure, a police contact in the 13-week CBS drama series, Mr. Broadway, with Craig Stevens. He also did voice-overs for commercials, including those for Close-Up toothpaste and Armstrong tires. In 1972, a 375-seat theater named in honor of McMahon was created in the McCrory Building on Washington Street in South Norwalk, Connecticut. McMahon was married to actress Louise Campbell from 1938 until his death in 1971, when he died from a heart ailment. Their daughter, Martha McMahon, also became an actress.